The regional airline, LIAT, said Monday that it had taken note of the statements made by Prime Minister Gaston Browne regarding a rival airline as well as the need to rotate the chair of the shareholder governments of the financially strapped airline.

In a one paragraph statement, LIAT said “the comments made by the Prime Minister of Antigua and Barbuda, Hon. Gaston Browne, over the weekend, have been brought to the attention of the Chairman of the Board of LIAT and the Chairman of the Shareholder Governments and these matters are currently under discussion amongst the major shareholders”.

Browne, speaking on a prtivately owned radio station here on Sunday, labeled as “treason’ pans for a new airline to compete with LIAT, adding that he would demand the resignation of the airline’s chief executive officer, David Evans, if the plans about the new carrier proves to be true.

“I will be calling in Mr. Evans very shortly to discuss with him exactly where that plan emanated from. He needs to tell me as the Prime Minister of this country where than plan emanated from. And if it is that he hatched that plan on his own, you can be sure that as Prime Minister of this country, as a shareholder of LIAT that I will be asking for his resignation,” Browne told listeners to the privately owned ZDK radio.

“I’m told that the proposal was discussed at a recent meeting of the Board of Directors but the proposal was actually turned down because of the strong objection of the Government of Antigua and Barbuda on the issue.

“If it is that Mr. Evans took it on his own to prepare that proposal for consideration by the government of Barbados, then as far as I am concerned, the proposal to cannibalize LIAT is certainly an act of treason against LIAT and obviously an act of hostility against the government and people of Antigua and Barbuda,” he added.

The document, allegedly authored at LIAT senior management, proposes that a Barbados air carrier be established with its own Air Operators Certificate (AOC) and Route Licensing Authorisation.

The new company would effectively replace the majority of existing LIAT services throughout the region and would seek to develop new markets.

An approach, methodology and structure for the establishment of the new Barbados air carrier were detailed in the document.

It said a traditional approach to fleet planning in a startup airline with a projected requirement of 10 aircraft would be to launch initially with two to three aircraft and a limited route network and build thereafter incrementally over a period of 18 months to the final fleet number.

The plan calls for the title of those aircraft to be passed on to the Barbados Government either through shareholder agreement or through CDB taking charge of the aircraft and reassigning them.

“It is unfortunate that they are seeking to take that position,” Browne said.

In his interview broadcast on the private radio station, Prime Minister Browne said while Antigua and Barbuda, one of the four shareholder governments of the cash-strapped airline does not have the majority shares to deal effectively deal with the plans of LIAT, he would not remain silent.

He has called on the airline’s board of directors to step down if they are unable to turn around the fortunes of the cash-strapped LIAT.

“So if it is they can’t handle the job then they ought to resign. In fact my understanding is that they actually doubled or tripled the losses of LIAT.

“So what should be happening they should be giving an account of their stewardship, their failure to make LIAT a profitable enterprise,” he said, recalling last June when he first held talks with Evans who ‘assured me that by 2015 that LIAT would turn a profit.

“That time he was trying to get me to accelerate the outstanding eight million (One EC dollar =US$0.37 cents) dollars that was due to LIAT by the previous administration which incidentally we paid last year.”

“I believe LIAT should be owned by the various governments that it serves. I also believe there should be a subvention in order to sustain LIAT, because it is well known that the very nature of the business it is likely to make losses and I am not making a point for LIAT not be to run efficiently.

“These are some of the issues affecting LIAT, I mean only one person has brains out of all of the shareholder governments. I am saying there ought to be changes at the level of the directorship, even in terms of the share holding positions of the various governments, I believe the shares of Barbados should be diluted because they believe because they have the majority shares that everything must move to Barbados.”

Earlier this month, Prime Minister Browne said that his administration would resist efforts to shift the base of the financially-strapped regional airline, to Bridgetown.

“They are literally pulling, and have pulled to some extent, the rug from under our feet over the years and we are not looking to resist any such further move,” Prime Minister Browne told radio listeners.

Last month, Browne wrote Prime Minister Gonsalves urging a temporary halt on plans for a voluntary separation package (VSEP) that could result in more than 150 employees being removed from the company’s payroll.

In his letter Browne said he was also urging that no further action be taken until his administration discusses the matter.

But Gonsalves has since said that the plans to move LIAT were based on the financial and other realities facing the airline. 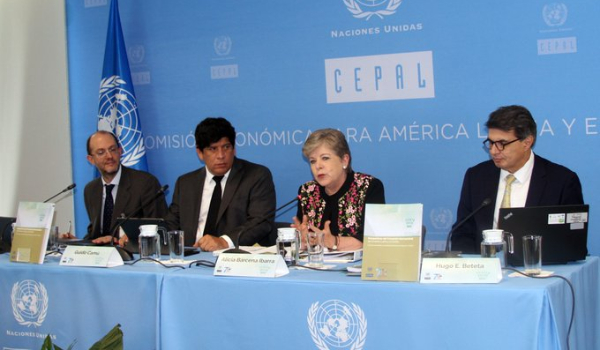