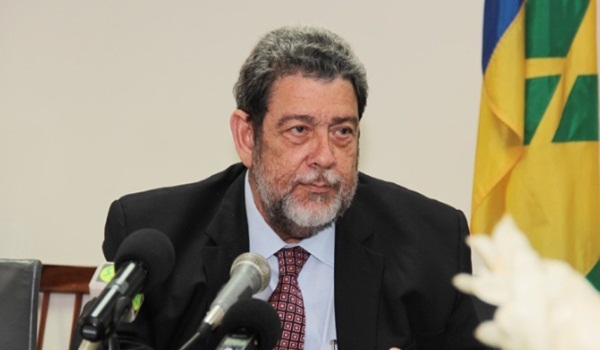 The supervisor of elections in St Vincent and the Grenadines has denied any wrongdoing in the controversy surrounding the results of last Wednesday’s general election.

In a carbon copy of the 2010 results, the ruling Unity Labour Party (ULP) retained its eight seats to the New Democratic Party’s seven.

The New Democratic Party (NDP), which has been in opposition since 2001, has refused to accept the results however, claiming they are the rightful victors and thus the duly elected government of the multi island nation.

The NDP has cited what it sees as numerous violations of electoral rules to support claims that the elections were anything but free and fair.

Its leader Arnhim Eustace has announced that the party’s elected MPs will not attend Parliament until the issues are resolved.

“To go to Parliament will be to concede, and we are not conceding,” he told a news conference at his party’s headquarters on Saturday.

On Monday morning scores of supporters picketed the office of the supervisor of elections as well as that of Prime Minister Dr Ralph Gonsalves demanding justice.

Debris was also strewn across the road.

In her defence, Supervisor of Elections Sylvia Findlay outlined eight complaints she received from the NDP:

In a statement Findlay said NDP leader Arnhim Eustace confirmed that the agents on the inside of the polling stations in East Kingstown had the same lists as the presiding officers and poll clerks, contrary to claims made by him in a phone call at 2:30pm on election day.

Shortly after, former opposition senator Vynette Frederick came to her office to make the same complaints accompanied by three men who videotaped the encounter.

They later left promising to return with evidence to substantiate their claim in accordance with Findlay’s advice.

However they never returned with nor sent the requested evidence.

According to Findlay, recounts took place in all constituencies at 8 am the morning after, as mandated by law.

Following the final count, the NDP candidate for North Leeward extended his margin of victory from 7 to 12, while ULP’s candidate for Central Leeward won by 313 votes, one vote less than in the preliminary count.

The counts in both constituencies were conducted in a cordial atmosphere.

The supervisor of elections noted that all boxes from the contentious Central Leeward constituency were stored at the Layou Police Station and thus no boxes were missing.

She also pointed out an unfortunate incident involving Frederick during the final count.

“Ms Frederick was granted permission by the supervisor of elections to take a photo of one of the ballot boxes from the North Leeward Constituency as they were being taken out for the final count. Ms Frederick later in the day posted on social media the same photograph of the ballot box for polling station NLE1 and captioned it as the alleged missing ballot box for Central Leeward that had been found.

“When it was brought to my attention and I examined the photograph posted, in the presence of the representatives from both the NDP and ULP, I publicly expressed dissatisfaction with Ms Frederick for misleading the general public and creating chaos in the country, Findlay said.

Further, coming out of Saturday’s news conference held by the NDP, Findlay decided to meet with the returning officer for Central Leeward to discuss the issues raised by Eustace.

A hostile crowd greeted both officials as well as the clerk.

Both men were escorted by police; however, comments by one female protester also led Findlay to request a police escort to her home.

She also noted that weekend work was nothing new for her, as it was the norm since the election date was announced.

“The records will show that since the 7th November 2015 (the date on which the election was announced) I have been at the Electoral Office every day until Sunday 13th December — Saturdays and Sundays included. My workday, even on weekends, ran from approximately 8:30 am to as late as 12 midnight on Sunday, 6th December.

“The full-time staff of the Electoral Office has also worked every day of the week from Monday 9th November to Tuesday 8th December from as early as 7 am to as late as 12 midnight. I hasten to add this also obtained in 2009 for the referendum as well as for the 2010 general election,” Findlay said.

Despite protests by the NDP on Monday, the new Gonsalves cabinet was sworn in as planned during the afternoon at Heritage Square.

The new cabinet is as follows:

Montgomery Daniel — Parliamentary Representative for the North Windward Constituency — has been given the ministerial portfolio of minister of housing, informal human settlement, lands and surveys and physical planning.

Cecil McKie — Parliamentary representative for the West St George constituency — has been given the ministerial portfolio of tourism, sports and culture.

Saboto Caesar — Parliamentary representative for the South Central Windward constituency — has been given the ministerial portfolio of minister of agriculture, forestry, fisheries and rural transformation.

Camillo Gonsalves — Parliamentary representative for the East St George constituency — has been given the ministerial portfolio of minister of economic planning, sustainable development, industry, trade, information and labour.

St Clair Jimmy Prince — Parliamentary representative for the Marriaqua constituency — has been given the ministerial portfolio of minister of education, national reconciliation and ecclesiastical affairs.

Senator Robert Browne has been given the ministerial portfolio of health, wellness and the environment.

Senator Julian Francis has been given the ministerial portfolio of minister of transport, works, urban development and local government

Senator Deborah Charles has been given the position of parliamentary secretary in the ministry of education, national reconciliation and ecclesiastical affairs.