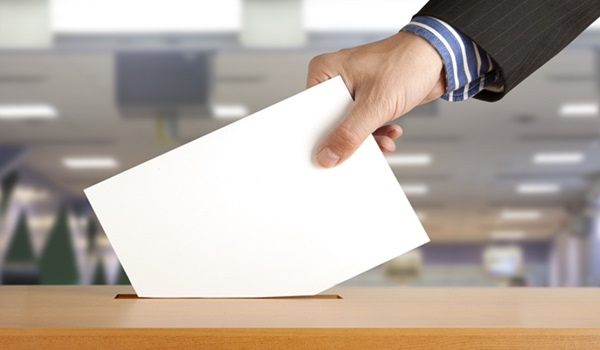 According to a public opinion poll conducted between May 20 and 23, 2016, by regional pollsters Caribbean Development Research Services (CADRES), the outcome of the general election in Saint Lucia due to be held on June 6, is too close to call.

CADRES interviewed 1,000 people across all 17 consistencies and found a statistical dead-heat between the governing St Lucia Labour Party (SLP) and the opposition United Workers Party (UWP), with the SLP recording 34% and the UWP securing 33% of the committed vote share, a difference well within the margin of error for this poll of +/-5%.

Some 3% of respondents promised to support independent candidates; however, the survey was conducted one week ago when there was an anticipation of greater independent participation than that which materialised on nomination day. The remaining 30% of respondents have been categorized as “Uncertain Voters”.

Respondents were asked to indicate the issue of greatest concern to them at this time and the majority were concerned about employment (40%), while the economy was the second most popular concern (20%) and health care was the third (12%). It is important to note the disaggregated data for this question which isolates the respondents who refused to state their voting intention and have been categorised as “Uncertain Voters”. These persons are likely to determine the outcome of the election and it can be seen that their concerns are in-line with those of all St. Lucians. Among the “Uncertain Voters,” the single largest concern was employment (43%).

The size of the uncertain vote is clearly large enough to impact on the outcome of the election therefore attention needs to be paid to several details of the poll which provide a clue to the possible outcome. Significant among these details is the swing analysis which estimates the likely outcome in terms of party support based on the historic support levels of both parties. CADRES has employed this prediction tool with considerable accuracy in the past and on this occasion the projected support levels at this time would give the SLP 51% and the UWP 49% which would be a swing of +1.7% for the UWP and -0.4% away from the SLP.

Another key indicator of the likely outcome is leadership preference and in this regard respondents were asked to identify the person they would prefer to lead them at this time and here also there is a statistical dead-heat between the leaders of the SLP and UWP. 31% of respondents would prefer to be led by Dr Kenny Anthony and 28% of respondents preferred Allan Chastanet. CADRES conducted a similar survey in October of 2015 and at that time Anthony was also preferred by 31% while Chastanet was preferred by 19% of respondents. The comparative analysis of these two datasets demonstrates that Chastanet’s popularity increased by about 50% in the eight-month period between these surveys, while Anthony’s has remained constant. These data were further disaggregated to reveal the preferences of “Uncertain Voters” and this analysis reveals the fact that Anthony has lost more than half of his support among these voters while Chastanet has doubled his support among uncommitted voters.

The other key indicators explored were the desires to change the government and leader at this time and in this regard the single largest quantity of persons interviewed in May of 2016 expressed the desire to change the government. 55% of St Lucians and 56% of “Uncertain Voters” wanted a change of government, while 56% of both categories of voters wanted a change of leader at this time.

While maintaining that the election is at this time “too close to call” CADRES acknowledged that the incumbent party appears to have a momentary advantage, while the opposition seems to have momentum, both of which could be a factor in the remaining days of campaigning.

CADRES is in the process of conducting constituency based polls in the areas that are likely to determine the outcome of the election.

However, according to the Caribbean News Now team on the ground in Saint Lucia, it is common knowledge that the respective bases of the UWP and SLP are always in a statistical dead heat and it is inevitably the centre and undecided voters who decide every general election.

The outcome of the June 6 is more reliably predicted on a constituency basis and, doing so, indicates a likely victory for the SLP, which starts with seven expected “safe” seats out of the nine it needs for a majority of the 17 total seats in parliament, as follows:

On the other hand, the UWP can reasonably count on just one safe seat: Castries North – Stephenson King.

The nine seats “in play” are as follows:

1. Gros Islet: Currently held by the SLP (Emma Hippolyte) with a 2011 margin of six votes. The same candidates are running again but the SLP has a stronger ground game and the UWP candidate (Lenard ‘Spider’ Montoute) has lost his relevance and has been struggling in his relationship with his political leader. Note: The Lucian Peoples Movement (LPM) candidate (Therold Prudent) received 64 votes in 2011 that may have decided the outcome in favour of the SLP. A similar scenario is likely this time. CNN prediction: SLP will hold in a three way contest.

2. Babonneau: Currently held by the SLP (Alvina Reynolds) with a 2011 margin of two votes. The same candidates are running again and the ground game is vital. CNN prediction: too close to call.

3. Castries Central: Currently held by the UWP’s Richard Frederick, who is not contesting the seat on this occasion and has not endorsed either of the two main party candidates, Stanley Felix (SLP) or Sarah Flood-Beaubrun (UWP), or the independent candidate Timothy James. CNN prediction: SLP win.

5. Choiseul-Saltibus: Currently held by the SLP (Lorne Theophilus) with a 2011 margin of 95 votes but this time the UWP is running a new candidate (Bradley John Felix). This seat is winnable for the UWP. CNN prediction: too close to call.

6. Micoud South: Currently help by the UWP with a 2011 margin of 334 votes, but this time political leader of the UWP Allen Chastanet is the new candidate. This seat is generally regarded as a “safe” UWP seat but personality and strength of the candidate matters. SLP has won this seat once in 1997. CNN prediction: SLP win.

7. Micoud North: Currently held by the UWP (Dr Gale Rigobert) with a 2011 margin of 747 votes in a three way fight. Rigobert is unpopular and not well liked. Her advantage is that this seat has been won by the UWP at every election. CNN prediction: too close to call but leaning towards independent candidate Jeannine Compton-Antoine in another three-way contest.

8. Castries South East: Currently held by the UWP (Guy Joseph) with a 2011 margin of 115 votes, but with 303 spoiled/rejected ballots. Joseph is perceived to have high negatives and the SLP is running a new candidate (Joachim Henry). CNN prediction: SLP win.

9. Dennery South: Currently held by the UWP (Edmund Estephane) with a 2011 margin of 79 votes, but with 103 spoiled/rejected ballots. Estephane projects low energy, he is consistently incoherent in parliament though his profession is listed as an economist, and his record is choppy. SLP strength, momentum and political deliverables in Dennery North have penetrated Dennery South. CNN prediction: SLP win.