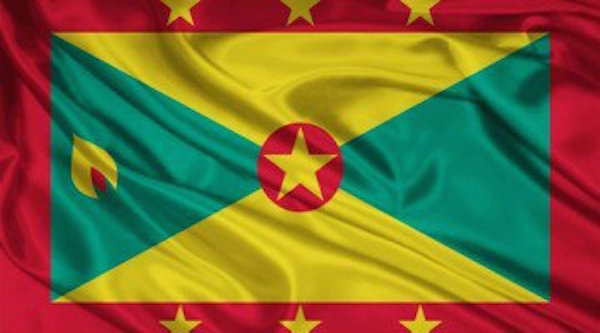 The main opposition National Democratic Congress (NDC) Tuesday said that Grenadians had rejected “arrogance, disrespect and partisanship” in last week’s referendum that would have resulted in a change of the 1974 constitution.

In a statement issued nearly one week after Grenadians voted overwhelmingly to reject all seven pieces of legislation during the referendum, the NDC said that the results “have given us an opportunity to re-stack the deck in the spirit of nation-building on the basis of consensus, something the NDC intends to do when given the opportunity.

“Today, there are no winners. The monies wasted on this expensive frolic could have been better spent providing relief for the disadvantaged, medicines for the hospitals or jobs for our young people.

“The National Democratic Congress assures the people that together, we can and will build a more prosperous and equitable Grenada, Carriacou and Petite Martinique,” the party said in a four-page statement.

It said that the results of the referendum did not come as a ‘surprise,” but “rather confirmed the fears and concerns we had about this process.

“We had warned the Government and the Constitution Reform Advisory Committee (CRAC) that they were setting up the national referendum for failure based on a flawed process. We also made it clear that approach was steeped in arrogance, partisanship and a grand waste of scarce national resources.”

“This confirms the lack of interest, lack of awareness and general apathy of the people. Indeed, the results, in absolute terms, are a repudiation of the Prime Minister’s call for support of the bills. The people of Grenada, Carriacou and Petite Martinique have spoken.”

But the NDC, which does not have a seat in the House of Representatives, said even as it welcomes the outcome of the referendum “this is not a moment to gloat.

“We would have much preferred to be celebrating with pride, the successful reform of the provisions of the Constitution on the basis of national consensus. What has happened here is that due to the misguided actions of the Keith Mitchell Government we have lost an historic opportunity to undertake meaningful constitutional reform.”

“Definitely we will be reviewing the entire process that led us to this point and making a conclusion which will be told to the people,” he said.

Mitchell said he did not regard the outcome as a defeat for this ruling New National Party (NNP) that had won all 15 seats in the last general elections.

One of the bills rejected had called for the appointment of an Opposition Leader, but according to the preliminary figures, only 6113 supported the idea as against 15, 473 who voted “no”.

Voters also turned down the opportunity to replace the London-based Privy Council with the Caribbean Court of Justice (CCJ) as the island’s final court.

Prime Minister Mitchell had expressed disappointment that the CCJ bill had not received the nod from the voters.

“The one bill that I feel strongly about that maybe I should have gone out more publicly on take a position I feel as a Grenadian, a Caribbean man we are hurting ourselves as a people.

‘It is time for us to enjoy the benefits of the Caribbean Court of Justice and I will not stop advocating this because I think it is fundamental. It is not about NNP, NDC. It is about the people of our country,” he said.

The NDC said that prior to the referendum, it had made a number of positions clear, among them “that we supported meaningful constitutional reform, and that the process should be free of political interference “Instead of approaching the issue of Constitution Reform as a genuine national issue, free of partisan politics, the NNP Keith Mitchell administration played hide and seek with the process. The Cabinet accepted and proposed seven Bills for consideration in the referendum,” the NDC added.

“The reform of our constitution is an extremely serious matter and ought not to be treated lightly. Too much is at stake. Any change of our constitution must have the fullest participation by, and tangible input of the people. Every citizen must be afforded the opportunity to know and fully understand what changes are being proposed and what these changes will mean for our constitution and our democracy.”