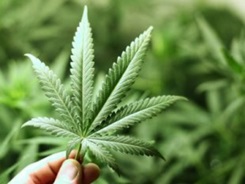 Jamaica to lead reform of International laws on ganja

Minister of Industry, Investment and Commerce, Hon. Anthony Hylton, says Jamaica intends to lead a charge in the United Nations to effect changes to the international treaties concerning marijuana.

The aim is to change the schedule class of marijuana in light of scientific studies that have proven its therapeutic benefits and medicinal value.

“We believe that the schedule in which marijuana is now placed, which is one of the highest schedules as a drug, we believe that it should be removed from that schedule and looked at in the light of …. the evidence, which has revealed its strong medicinal (value),” Minister Hylton said, while addressing a session of the recently concluded Jamaica Investment Forum (JIF) at the Montego Bay Convention Centre in St James.