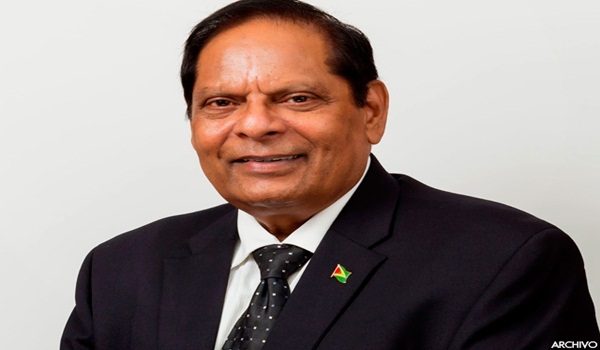 Following his attendance at the Inauguration of Argentine President Mauricio Macri, and subsequent interactions with several leaders, Prime Minister and First Vice President, Moses Nagamootoo says he looks forward to closer cooperation between Guyana and Argentina. He is also hopeful of renewed bonds of friendship with all other states of South and Central America.

During his two- day visit to Argentina, the Prime Minister interacted with several Ministers of the Macri Government, including Ms. Susana Malcorra, the new Minister of Foreign Affairs. Ms Malcorra was the Cabinet Chief of the United Nations Secretary General Ban Ki-Moon immediately before her appointment. She has visited Guyana for talks with President David Granger in relation to finding modalities for resolving the controversy raised by Venezuela’s false claim to Guyana’s territory.

The Argentine Foreign Minister assured of her commitment towards a peaceful resolution of the controversy.

Mr Nagamootoo also exchanged views on the controversy with the newly appointed President of Uruguay, Tabare Vazquez, and President of Haiti, Michel Martelly.

On the sidelines of the Inauguration on Thursday, the Prime Minister also exchanged pleasantries with several Heads of State including Chile, Columbia and Paraguay and with the former King of Spain, Juan Carlos Philippi.