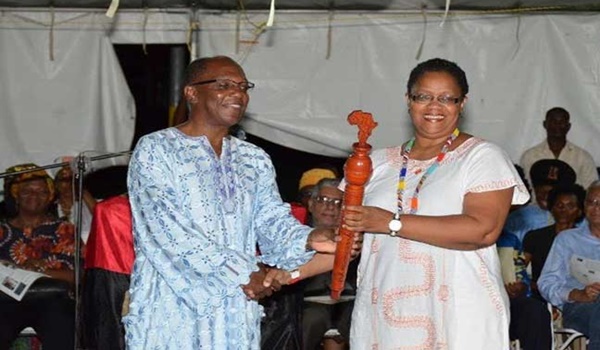 The CARICOM Regional Reparations Baton will arrive in Saint Lucia next week, for a formal transfer of the travelling beacon of the regional reparations movement.

Sponsored by the CARICOM Reparations Commission (CRC), the wooden baton is being taken across the Caribbean Community to the nine National Reparations Committees (NRCs) established to help national governments pursue CARICOM’s quest for reparations from Britain and other European States that benefitted from slavery and native genocide.

According to St. Lucia News Online, the baton has been taken from Barbados, to Guyana and Suriname, and is being dispatched to Saint Lucia for a symbolic baton relay, involving young athletes.

The baton relay will take place on Wednesday, August 17, and coincides with a series of events that will mark the 129th birthday of Marcus Mosiah Garvey, including a Reparations Lecture Series jointly sponsored by the Saint Lucia NRC and the UWI Open Campus, Saint Lucia.

These events will also coincide with the local adoption of the UN Decade for People of African Descent, all of which will be enveloped in a colloquy at the UWI Open Campus on Wednesday evening.